Many Young Motorists May Benefit From “Black Box” Cover

Telematics car insurance, also known as “black box” motor insurance could be beneficial for quite a lot of young motorists based upon research by Consumer Intelligence. 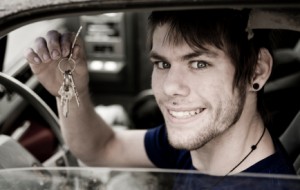 Many young motorists may benefit financially by arranging a telematics car insurance policy.

According to Consumer Intelligence, those insurers providing telematics cover provided the least expensive quotes for motorists who are less than 25 years of age in 56% of cases in November 2016. Three years ago, the percentage figure was 33%. On that basis, telematics insurance is proving beneficial to many young drivers that, considering such motorists tend to pay some of the largest premiums, has got to be welcomed.

There has been an increasing number of motor insurers that have started to offer “black box” cover so it is probably worth doing some research and shopping around to try to find a competitive quote that can also be compared with a quote for standard motor insurance. Based upon the above research, there would appear to be the possibility of many young drivers making a significant saving in their car insurance premiums that surely, if that were to be the case, would be well received.