Motorists Faced With Another Increase In IPT

Unfortunately, motorists are going to witness another increase in their car insurance premiums next year due to yet another rise in the amount of Insurance Premium Tax (IPT) that will have to be paid. The Chancellor announced the increase in his recent Autumn Statement. 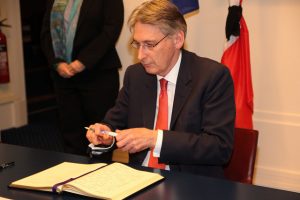 The Chancellor of the Exchequer announced in the Autumn Budget in November 2016 that Insurance Premium Tax (IPT) is to increase to 12% from 1 June 2017 which means that motor insurance premiums will go up.

At the present time, policyholders have to pay 10% in IPT but this is to increase to 12% and takes effect from the 1st June 2017. Whilst a 2% increase may not seem much of a rise it should be borne in mind that, as at the 31st October 2015, motorists were paying 6% in IPT. So, in a period of 19 months this tax will have doubled.

There is nothing that the motorist can do to avoid paying this tax and it comes during a period where many motorists have seen their car insurance premiums go up. The Association of British Insurers was not happy at the announcement that IPT was increasing yet again.

It is perhaps not surprising that there are many other organisations and people that are displeased about the increase especially bearing in mind that motorists have no other option other than to insure their car that takes to the roads or they would be breaking the law.

Although IPT is unavoidable, what the motorist can do is to shop around prior to their existing motor insurance policy coming up for renewal or if they are taking out cover for the first time to try to obtain a competitive car insurance quote. There are dozens of insurers so one of the ways to obtain some quotes is to use one or more price comparison websites. Do bear in mind that not all insurance companies use such websites so you may wish to speak directly to some insurers. Another option that people may wish to consider is to get in touch with a local insurance broker.