It probably does not come as a surprise to many motorists to read that car insurance premiums have been increasing for quite some time now which has possible become apparent upon receipt of your renewal notice. If you live in the Scottish Borders and are responsible for insuring a car, you are in the area of the UK that has seen the biggest average % increase in premiums in the past 12 months. 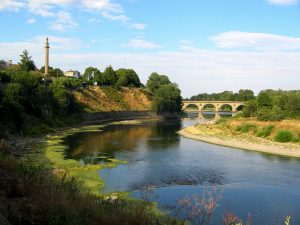 Motorists living in the Scottish Borders have, on average, seen a big % increase in their car insurance premiums in the past year.

According to the Confused.co Car Insurance Price Index, the average cost of comprehensive car insurance in the Scottish borders has gone up by 23% in the 12 months to the end of September 2016. Just in the third quarter of this year, premiums have gone up by an average of 9%. On the positive side, the Scottish borders region is still the cheapest place on average to insure a car with premiums averaging £520 per annum.

On a national basis, premiums for fully comprehensive car insurance have gone up by 17% in the space of 12 months to an average of £737 per annum. That is a rise of £109 per annum. On a quarterly basis, premiums have risen by 3% in the 3rd quarter of this year.

On a monetary basis, it is drivers in Inner London who, on average, pay the most for their car insurance. Such drivers pay an average of £1,193 per annum. It is also interesting that it is men aged between 17 to 20 living in Inner London who pay, on average more for their car insurance than anywhere else in the UK. Such motorists pay an average of £3,126 per annum.

Drivers in both the South West and North West have seen prices go up by an average of 19% in a year. Average premiums in the South West were £542 per annum and in the North West £751 per annum at the end of the 3rd quarter of 2016. That is a considerable difference between those two regions.

So, when you receive your renewal notice for your car insurance or are looking for cover for the first time why not shop around to try to get a competitive deal by using the likes of one or more specialist price comparison websites.