According to research carried out by Churchill Car Insurance, there are an awful lot of luxury cars that are confiscated by the police in England and Wales because the motorist does not possess a valid driving license or no car insurance is in place. As a motorist, we are sure that you will agree this is concerning. 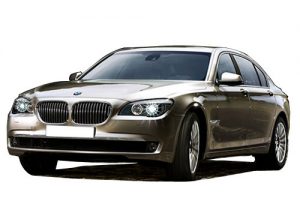 Quite a number of BMWs and other luxury cars have been seized by police through either not being insured or because no valid driving license is possessed.

Apparently, the information was provided by a number but not all police forces in the above countries following a Freedom of Information Act request that, in June 2016, was sent to police forces.

Amongst luxury car brands, it is motorists driving BMWs who have had the most cars seized with 2,117 being confiscated by police either because they were not insured or there was no valid driving license in place. In second place are Audi motorists with 1,546 vehicles. Porsche are in third place with 52 cars. Ferrari is in fourth spot with 11 cars. Bentley is in fifth place with 6 vehicles. There were 6 Lamborghinis seized putting them in sixth place. In seventh spot was Maserati with 4 vehicles. Rolls Royce brought up eighth position with 2 cars. There was 1 TVR and 1 Aston Martin bringing up ninth and tenth spots.

You will no doubt be well aware that you are legally required to insure your car unless it is declared SORN (Statutory Off Road Notification) and kept off the public road system. If this is not the case then, as a minimum, you must make sure that you have third party cover in place that is the most basic level of car insurance. It covers you for damage to other vehicles, people and property in the event of being involved in a road traffic accident but does not provide any cover for damage to your own vehicle nor does it insure you against the theft of your vehicle.