Just Passed Your Test? – The Cost Of Your Car Insurance May Increase.

If you are a young motorist, say 18 years of age and your parents perhaps bought you a car to learn to drive in, then you will also have arranged motor insurance to provide suitable cover should you, for instance, be unfortunate enough to be involved in a road traffic accident. The cost of such cover is likely to have been quite high bearing in mind your age and the fact that you are a learner driver never mind any other factors that affect the cost of car insurance. 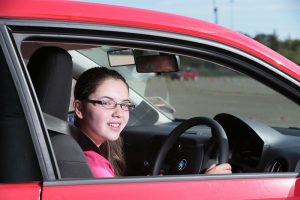 Newly qualified drivers are likely to pay more for their car insurance than when they were learning to drive.

Having passed their driving test, some motorists may think that their car insurance premiums are going to reduce with their existing insurer. Well, unfortunately, this is unlikely to be the case. Why is this? Well, quite simply, as a newly qualified driver, you are a greater risk to the car insurance company of claiming on your motor insurance policy.

When you are learning to drive you will be accompanied by someone that has already passed their driving test and therefore the insurance company view you as less of a risk than if you were alone driving the vehicle having just passed your test. After all, if you have an experienced driver sitting in the passenger seat whilst you are a learner driver he or she may spot an approaching hazard on the road as you are driving along that, due to your in-experience, you may not notice so quickly and this could mean that you are able to take evasive action and avoid a collision.

There may be some young drivers who, having just passed their test, take their car out for a spin and break the speed limit putting them at greater risk of being involved in a road traffic accident and claiming on their car insurance policy. As a learner driver is accompanied by a qualified driver, one would hope that the later individual would quickly point out to the learner driver that they are breaking the speed limit and ask that they reduce their speed immediately to within the appropriate limit thus reducing the possibility of an accident occurring.