You may be interested to read that, according to the AA British Insurance Premium Index covering the second quarter of this year, there was a further rise in car insurance premiums. This is disappointing news for the motorist but it may trigger more people to shop around to see if they can get a better deal on their motor insurance elsewhere when they receive their renewal notices or are looking for such cover for the first time. 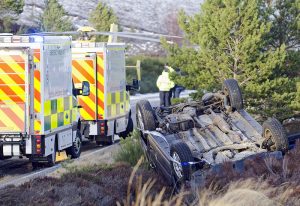 The number of road traffic accidents no doubt has an impact on car insurance premiums.

When you look at the average cost of car insurance on a regional basis, the index reveals that Northern Ireland is the most expensive with premiums averaging £804.02 per annum. Such premiums rose in Q2 by 7.8%. If you live in Scotland, you may be pleased to read that that region has the lowest average car insurance premiums at £404.22 per annum. Premiums rose in Scotland in Q2 of this year by 2.5%. London had an average car insurance premium of £700.26 per annum in Q2 of this year having gone up by 1.9% in comparison to the first quarter of this year. The lowest percentage rise was in Border and Tyne Tees where premiums increased by an average of 1.4% in the second quarter of 2016 to an average of £565.43 per annum.