Many Motorists Illegally Use Mobile Phones Whilst Driving

Brake is a road safety charity that, along with Direct Line which provides the likes of car insurance, have undertaken some research into the use of smartphones whilst people are driving. Some of the findings are most disturbing and will no doubt surprise and concern many motorists. 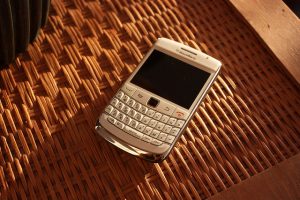 Too many motorists illegally use their smart phones whilst driving their cars.

The survey discovered that there are an awful lot of motorists that use their smartphones whilst driving when they are not legally allowed to do so. If convicted of using a mobile phone illegally whilst driving this could result in someone getting a minimum of 3 penalty points on their license and also a fine of at least £100. In addition, it could also result in them having to pay more for their car insurance that we are sure motorists will agree is something to be avoided.

The survey found that 55% of motorists in the range of 25 to 34 years of age have used their smartphones in the last 12 months to read or send a text when they were driving along in their vehicle. The survey found that, on at least one occasion every week, 42% of motorists use their mobile phones to either receive or send a text at the same time as they were driving along in their vehicles. 20% of those in the age bracket of 18 to 24 admitted that on a regular basis they instantly messaged or texted whilst driving. It is interesting to note in the survey that 49% of motorists that are aged between 25 to 34 will sometimes use apps (excluding sat nav apps) or go online via their mobile phones at the same time as they are driving along in their vehicles.

We are sure that you will agree that the above findings are most concerning. It is important that when driving a car that the person at the wheel concentrates on driving as, if he or she does not, they are more likely to be involved in a road traffic accident that could lead to someone being injured or killed and damage being caused to vehicles and other property. This is likely to lead to a claim being made on one or more car insurance policies and could result in an increase in motor insurance premiums and a minimum of a fine and penalty points as mentioned earlier.