Although it is possibly going to be 2020 at the earliest before the first completely driverless car is available to be driven by the public on our roads here in the UK an insurance company has launched a policy to cover personal vehicles that presently have certain driverless systems fitted to their cars. The company in question is called Adrian Flux. 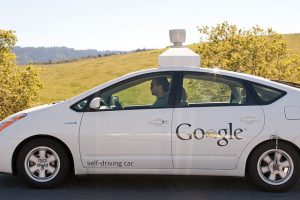 At the present time, some cars have driver-assisted technology fitted such as adaptive cruise control that enables the car to automatically slow down or speed up to keep a specific distance away from the car in front. It is important that an insurance policy covers such things as manufacturer software problems linked to this sort of technology. Apparently, the policy available from the above company will cover this sort of potential issue.

Obviously, the policy will also cover you for the usual things that can occur whilst driving such as injury or damage caused in a road traffic accident to other parties and their property as well as damage to your own vehicle or it being stolen depending upon the level of cover chosen.

As fully driverless cars are still being tested in the UK, presumably what is presently covered may well change in some respects and possibly additional things may be covered between now and when they are hopefully available to drive by the public in 2020. It will be interesting to see if any other insurance companies in the UK also decided to introduce driverless car insurance cover in the coming months as there is obviously a great deal of competition between insurance companies.

It will be interesting to see just how many people are prepared to sit behind the wheel of a fully driverless car and be driven around in it. There are no doubt many people who will not have the confidence to allow a car to make the decisions that the driver has been making for years. We will keep our readers updated about driverless car insurance.