Will Automated Cars Be Cheaper To Insure?

Some cars are becoming more automated as far as driving them are concerned such as having automated braking systems and a system to do with lane assistance. However, is it likely that vehicles that are going to be fully automated will mean that car insurance premiums will reduce for those cars? 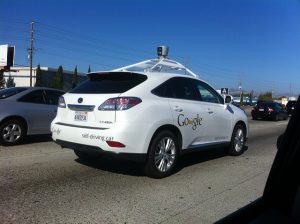 Google has been testing self-drive cars in parts of the USA.

Well, there is no definitive answer in this respect. Apparently, an Automated Driving Insurer Group has been set up by both the Association of British Insurers (ABI) and Thatcham Research that also involves 13 insurance companies to look into various matters relating to automated vehicles including the possible impact on motor insurance.

It is forecast that in 2018 some cars may be permitted to be driven on motorways hands-free that have certain advanced systems of safety on them and that it may be 2021 before fully automated cars are seen on our roads.

There is an opinion that such cars may result in their being fewer accidents and, if that were proven to be the case, that may mean that car insurers may have to consider lowering premiums especially if they are having to pay out less in claims. However, presumably we will have to wait until all the above research has been carried out and cars have been thoroughly tested before we know exactly what is going to happen to car insurance premiums in the coming years as far as automated vehicles are concerned.

Motorists probably have differing views on automated cars and whether they would be comfortable driving one and relying on the various safety devices that they will no doubt be fitted with. Some drivers will prefer to stick with their current way of driving i.e. where they feel in complete control. Some other drivers may have confidence in fully automated vehicles when they eventually become available.

We will keep our readers up to date with how matters progress with testing fully automated cars and the likely impact that such vehicles may have on car insurance premiums.