Why Do Some Motorists Drive Uninsured?

Churchill Insurance has recently carried out some research into the reasons why some motorists choose not to have car insurance in place when they are legally obliged to do so and it makes for interesting reading. Apparently, 25 ex-traffic police officers who had recently retired took part in the research earlier this year. 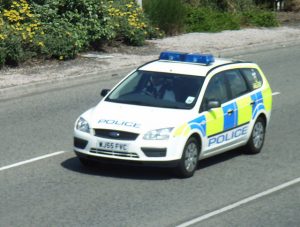 If you drive your car without motor insurance cover in place which is illegal you may get stopped by the police.

There was a whole range of excuses provided by motorists when they were questioned as to why they did not have car insurance in place.

The three main reasons why drivers did not have car insurance were that 38% of motorists claimed that they did not realize that they did not have car insurance in place that is of course a legal requirement unless the vehicle has been declared SORN and is kept off the road. 33% of drivers blamed their lack of ability to deal with administrative things when it came to renewing a policy. 13% of drivers were believed to have deliberately criminally driven without car insurance.

A variety of other interesting excuses were provided to these retired traffic police officers but surely there can be no excuse for driving a car without suitable car insurance when it should be covered legally.

It is just not worth taking the risk of not insuring a car when it should be covered as there are some severe potential consequences. For instance, a motorist could get penalty points on their license, a fine and even get banned from driving. The police could seize and destroy the car.

When a motorist who has been caught without car insurance needs to arrange such cover they may well find that there are fewer insurance companies that will consider providing cover and their premium is likely to be greater than what they have been paying previously.

So, don’t drive a car without suitable insurance in place – it is not worth potentially getting a criminal record for doing so.