Almost every time that you make a journey in your car you will come to a set of traffic lights. If the lights are on red you, like most motorists, will no doubt come to a halt. Well, according to information obtained by esure car insurance, there are a surprisingly high number of drivers that jump the red lights and that is an offence. 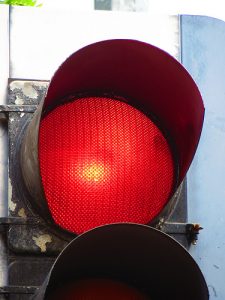 Motorists should not jump through red lights.

Of those police forces providing responses to esure, it was revealed that in 2014 there were 62,212 drivers that were caught going through a red light whereas in 2015 this figure had increased to 67,235. As you can see that was an increase of over 5,000 motorists in the space of 12 months caught jumping red lights. Not all traffic lights have cameras at them so presumably there will be many motorists that escape undetected.

The main reason given by someone for going through a red light when it was on red was that they were unable to slow down soon enough to be able to stop in a safe manner. 34% of motorists gave this as the reason. Obviously, motorists should drive in such a manner that they are able to stop safely at red lights.

There is always the possibility of being involved in a road traffic accident that could injure or kill someone and cause damage to other vehicles and property if you jump a red light. You could also get 3 points on your driving license and a fine of up to £1,000. By obtaining points on your license you could also find that your car insurance premiums increase. Surely, the better option is to stop at the red lights and wait until they change to green before setting off.