It was only last November that Insurance Premium Tax (IPT) was increased from 6% to 9.5% resulting in motorists having to pay more for their car insurance. Therefore, it was disappointing to hear that in last week’s Budget the Chancellor of the Exchequer announced that there was to be a further increase in this tax. 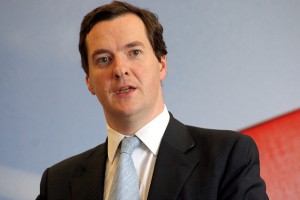 George Osborne announced that the Government was to increase Insurance Premium Tax by 0.5%. This increase is to come into effect on or after the 1st October 2016 with the monies being used towards flood defences. The Association of British Insurers (ABI) was disappointed to hear of this increase.

Whilst it should only add a small amount to how much many people pay for their motor insurance some may question why focus should be placed on those that have certain types of insurance policy that are having to help fund flood defences in this way.

The car insurance industry is extremely competitive with a large number of companies providing such cover. Many insurers charge varying premiums for the same level of cover so you may wish to shop around for suitable motor insurance to try to get the most competitively priced policy making sure that, when doing so, you are comparing like with like i.e. the same level of cover and the amount of the excess is the same.

So, if you have a policy that is shortly due for renewal or you are looking for cover for the first time perhaps because you are a young motorist who has just passed his or her test then you may wish to carry out your search for suitable car insurance through the likes of one or more price comparison websites of which there are several. You should find that it is quick and simple to do this and can be done 24/7.