Many of you will be aware of telematics insurance that is also known as “black box” car insurance. It involves a black box being fitted to your dashboard that monitors things like when you drive your car, what speed you travel at and how you brake and go around corners. 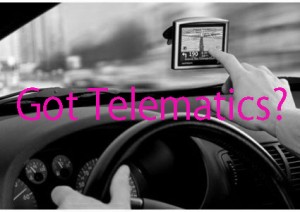 An increasing number of motorists are choosing telematics car insurance

Car insurance providers use this data to assess how well you drive your car and use this to help calculate the premium you will be paying over the next few months. Many motorists have found that by having a black box fitted has resulted in cheaper car insurance premiums.

Well, telematics cover has certainly increased in popularity. According to research carried out by the British Insurance Brokers’ Association (BIBA) there has been a significant increase in the number of motorists arranging this type of cover.

It is believed that premiums could reduce by around a quarter for the motorist that drives carefully. It is also estimated that a young motorist could save more than £1,000 per annum in their car insurance premiums if they have a black box fitted. We are sure that you will agree that is a significant saving and would be welcomed by the young driver.

It is also pleasing to note that it is estimated that a new driver who has had a black box fitted is 40% less likely to be involved in a road traffic accident. Also, it is believed that telematics cover lowers the possibility of a car being stolen.

There are a number of car insurance providers that are prepared to offer telematics car insurance. Therefore, it may pay you to shop around to try to source a competitively priced policy. You should be able to do this via the Internet 24/7.