There is an awful lot of publicity about drink driving and the impact it can have such as causing road traffic accidents resulting in the death or injury of many people. We do not hear so much about the impact that driving under the influence of drugs can have. 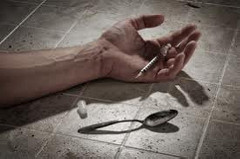 There has been an increase in the number of convictions for drug driving in the last 12 months.

Well, a survey into drug driving carried out by Direct Line that provides the likes of car insurance and the road safety charity Brake makes for interesting reading. It reveals that there are an awful lot of motorists that drive their cars having taken drugs.

Apparently, 6% of drivers have admitted to driving their vehicles after consuming drugs at least on one occasion every month. Another interesting statistic was that the survey found that as many as 8% of passengers in cars believed that they may have been in a car driven by someone that either had definitely or probably had taken drugs.

Twelve months ago it became law that you would be committing an offence if you were driving a car in England or Wales with only a small amount of certain drugs in your system such as ecstasy and cocaine. The penalty for being caught could result in going to prison for as many as 6 months, a fine of as much as £5,000 and being banned from driving for a year. Since a change in the law a year ago, the numbers of drug driving convictions have gone up by an average of 6 times nationally.

If convicted of drug driving it is likely to impact on your car insurance. For instance, there may be some insurers that will not be prepared to provide cover and those that will are likely to charge you more for providing suitable cover.