If your car engine stopped working in some way due to mechanical failure then would your car insurance provide any cover for its repair? Unfortunately, the answer is “no” you would not be covered under such a policy for this sort of mishap unless an accident was caused due to the engine failing. 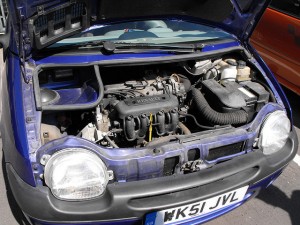 Would your car insurance cover you for damage caused to your engine due to engine failure?

For instance, you would not be covered for repairs to the damage to your engine if you had forgotten to top up the engine oil and the only mishap was that your engine merely ceased. The onus is on you to make sure that there is enough oil in the car. Obviously, an exception to that may be if you had just bought a brand new car and within hours of driving it off the forecourt the engine ceased due to there being insufficient oil in it. However, in that case, you would probably seek redress from the business that sold you the car.

Another example of when your car engine may be covered is if it were damaged as a result of your car being involved in a road traffic accident and let us assume that you were involved in a full frontal collision with another vehicle and that badly damaged your car engine. In which case, if the accident was your fault and you had fully comprehensive car insurance, then you may be able to claim on your policy. If the accident were the other party’s fault then your insurer would no doubt look to try to claim on the other party’s car insurance policy on your behalf.

If you had bought a second hand car and the engine ceased up then you may be able to seek redress from the second hand car dealer depending upon how long ago you bought the car from the dealer. It may also be that you had arranged some sort of car warranty cover that may enable you to claim on the policy. We trust that the above has been of assistance.