Will Premiums Drop As A Result Of The Autumn Statement

You may be aware that the motor insurance industry has, over the years, had to deal with a number of fraudulent and inflated claims for whiplash injuries. The impact of these has resulted in premiums going up for the honest motorist. 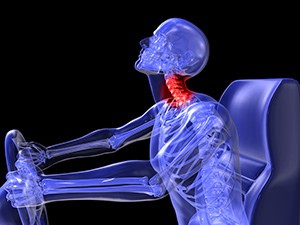 The way that whiplash injury claims are dealt with is to be altered following the Autumn Statement.

Well, following the Chancellor of the Exchequer’s Autumn Statement, we may be going to see premiums for motor insurance drop in the future. This is because, in George Osborne’s statement he announced that there would be changes in the way that whiplash claims are dealt with.

It is estimated that in the region of £2 billion is paid out in compensation each year in respect of compensation for people suffering whiplash related injuries and whilst much of this sum will presumably be for valid cases there may be some monies paid out that are either possibly not for legitimate claims or are for inflated sums being claimed.

Apparently, there will be a big focus on reducing the number of exaggerated whiplash claims. So, instead of compensation being paid in cash for small claims, some people that make small monetary claims will have their treatment paid for instead. Those that have been involved in road traffic accidents resulting in severe whiplash injuries will continue to be financially compensated for their injuries when appropriate.

Another concern has been the amount that is paid to some in the legal profession in fees when they are asked to represent policyholders who are seeking compensation for whiplash injuries. So, the present limit of £1,000 that people can go through the small claims court for is to be raised to £5,000. This should mean that fewer cases would need to be dealt with involving lawyers.

It is being estimated that car insurance premiums could reduce by anything between £40 to £50 per annum. This would be a welcome saving that motorists could benefit from although it appears that it will be 2017 before any benefit may be seen.

This entry was posted in News and tagged Car Insurance Premiums, Whiplash Claims. Bookmark the permalink.