What Cars Do The UK’s Worst Motorists Drive?

Some of you may have wondered what make of cars are more likely to be driven that are involved in road traffic accidents with the driver then making an “at-fault” claim with their car insurance provider. Well, based upon some research done by MoneySupermarket, you may be surprised at some of the results. 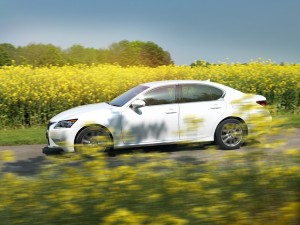 Drivers of the Lexus are more likely to make “at-fault” claims than any other driver of another make of car.

In order to come to some meaningful conclusions, the above price comparison website took the trouble to study the information contained in 11 million quotes that it had provided in the last 12 months. It looked at the “at-fault” claims made by motorists seeking quotes.

Interestingly, it was some people that drove the luxury car make called Lexus that made the most claims. For every 1,000 drivers of this car such claims were made by 111 of them. In second place, it was another luxury make of car – the Land Rover with 110.1 people submitting an “at-fault” claim. It was closely followed in third place by Kia with 109.2 of 1,000 motorists claiming on their car insurance policies where they were responsible for a road traffic accident. Fourth place was held by Volvo with 107.9 motorists and Audi were in fifth place with 105.2 out of 1,000 drivers of such cars making “at-fault” claims.

Presumably, car insurance companies will use similar data to this in helping to calculate the risk of a motorist making an “at-fault” claim and this could be reflected in the quotes people receive.