Too Many Drivers Don’t Know What Their Insurance Covers

Do you know what sorts of things are covered by your car insurance? Well, you may be surprised to read that, according to the Chartered Institute of Insurers (CII) that has carried out some research, there are a surprising number of motorists who do not know exactly what their car insurance provides cover for. 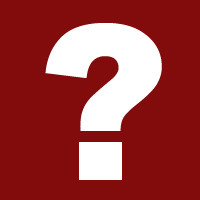 There are a surprising number of people that do not know what their car insurance provides cover for.

For instance, according to a poll of 2,000 drivers, 25% do not even know what sort of motor insurance that they have. With a choice of either fully comprehensive, third party fire and theft or third party cover it is concerning if someone does not know which level of cover that they have.

More than a third of people were under the impression that if they were to sneeze whilst driving their car and that caused an accident that they would not be covered by their motor insurance policy. This is just not the case as they would normally be insured.

More than a quarter of motorists felt that car insurance cover arranged in the UK would not be accepted if they were driving in the EU. In fact, many comprehensive car insurance policies taken out in the UK will provide a basic level of cover whilst driving in the EU for up to a specific number of days. You may find that when you tell your insurance company that you are taking your car into another EU country that you may be covered for third party cover although with some insurers you may well be able to extend this to include fully comprehensive cover. If not, you would need to consider arranging a separate European car insurance policy.

It really is important that motorists know exactly what level of car insurance they have and what is covered under the terms of the policy.