Most motorists find that their car insurance premiums increase by a few pounds on each anniversary of their policy being in force. In fact, when you open the renewal documents that you have received in the post, you normally take it for granted that the premium is going to go up when your next direct debit is claimed by the insurer. 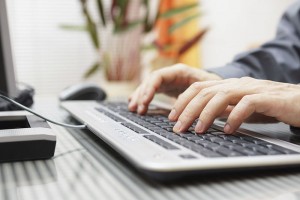 Some brokers may try to get you cheaper cover for your car than you are presently paying when your policy is due to be renewed but, if not, there is no reason why you cannot try to source alternative cover through the Internet

Well, that is not always the case as is borne out by the writer of this post. His wife’s car insurance renewal documents were recently received and opened with some trepidation. The premium had been about £48 per month so a new premium of in excess of £50 per month would not have come as a surprise.

It came as rather a pleasant shock to read that the new premium had dropped by around £10 per month to approximately £38 per month. Yes, they had got the correct policy details i.e. make and model of car, who the drivers are etc etc.

Nevertheless, a phone call was still made to the broker that arranged the cover to make sure that the revised premium quoted was correct. Yes, it was with the only difference being that the cover was with a different insurance company. Apparently, each year the broker searches the car insurance companies on their panel and selects the one that provides the cover you require for the lowest premium.

This just goes to show that it may be worth considering arranging your cover through a broker or online comparison website that has an extensive panel of insurance companies at their disposal that they use to search for the most competitive deal shortly before each anniversary of your policy. If they don’t then that does not stop you from doing some research yourself to see if you can get cover cheaper elsewhere from the many providers of car insurance.