In some instances, we appear to be seeing car insurance premiums increase which makes it even more important that we should consider shopping around to see if we can improve on the renewal deal offered by our existing insurance company. One of the reasons for these increases could be that the number of personal injury claims as a result of a road traffic accident has been going up. 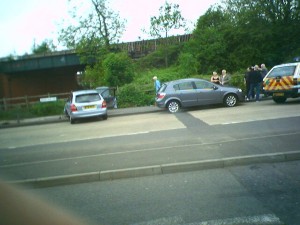 In the twelve-month period to April 2015, the number of claims being made for a personal injury as a result of a road accident rose by a huge 12% in comparison to the same period leading up to April 2014. This is certainly a concerning statistic.

It is no secret but there are a number of such road traffic accidents that involve criminals who set up such accidents on purpose and then are involved in car insurance claims with a view to defrauding the insurance industry out of many thousands of pounds. Unfortunately, this has an impact on car insurance premiums for the honest motorist as many insurance companies look to recover the cost of meeting such claims by raising premiums.

Yes, the Government has been trying to do something about such dishonest practices and will no doubt continue to do so in the future. Anything that can be done to limit any potential increase in motor insurance premiums has got to be welcomed by policyholders.

When you receive your renewal notice you may wish to check to see if there has been any change in the premium that the insurer is to take for the next 12 months cover. If there has then why not get some competitive quotes to see if you can get the cover for less. However, even if the premium is unchanged or, as is sometimes the case, has dropped don’t let that stop you from getting other car insurance quotes to see if you can save even more money.