The Association of British Insurers (ABI) has recently issued the UK Insurance and Long Term Savings Key Facts 2015 publication. Included in this document are some interesting statistics relating to motor insurance some of which we thought we would share with you. 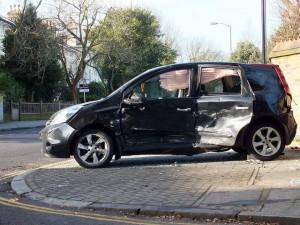 The average amount of every claim made in respect of motor insurance was £2649 according to the ABI.

• On a daily basis, insurance companies pay out an average of £27 million to drivers in respect of claims that have been made to cover personal injuries as well as repairs to motor vehicles. Of this figure, domestic claims accounted for £19.7 million and commercial claims came to £7.3 million.

• 52% of motor insurance is bought by customers either through the likes of a price comparison website or directly with the insurance company.

• It was as far back as 1994 since the motor insurance industry last made a profit from underwriting. In 2014, a loss of £31 million was made.

• The average amount of every type of motor insurance claim was £2,649. The average claim for bodily injury came to £10,680.

The above publication also covers things like household and life insurance so you may want to consider reading it as it does contain some interesting information.

The motor insurance industry is extremely competitive so it may be worth shopping around to see if you can get a better deal on your car insurance when it comes up for renewal or if you are looking for cover for the first time. Do make sure that you are comparing like for like when you are obtaining quotes.

This entry was posted in News and tagged ABI, Association of British Insurers, car insurance, Motor Insurance. Bookmark the permalink.