Where Are You Most Likely To Encounter Road Rage?

A survey has recently been carried out by Privilege Car Insurance that reveals the hot spots where you are most likely to encounter road rage here in the UK. Getting irate towards other motorists whilst driving could lead to an increased likelihood of being involved in a road traffic accident causing injury/death to people and damage to cars and other property. It could also result in an increase in car insurance claims leading to a rise in premiums. 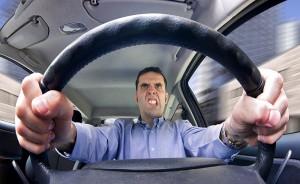 More accidents could occur due to road rage.

Below are the top ten places in the UK for road rage: –

Now, many of you may have thought that London was going to be in the top ten for road rage but, as you can see, this is not the case. In fact, London is in 13th place in the table at 41%.

So, where are you least likely to encounter road rage? Well, this is likely to be in Nottingham on 18%, followed by Glasgow on 36% and then Oxford on 37%.

You may be surprised to read that road rage occurs every 20 minutes that we are sure you will agree is extremely frequent. You are probably going to be less surprised to hear that it is most likely to happen at about 7.30 am on a Monday.

Privilege Car Insurance has now started a campaign entitled Campaign Against Road Rage (CARR) so let us hope that this has an impact in reducing such incidents on our roads that could lead to less accidents occurring and fewer car insurance claims being made.