The writer’s son, who is in his early 30’s, has had a provisional driving license for 16 years and has been having driving lessons with a driving instructor for several weeks at a significant expense. I thought that I would check to see how much it would cost to add him to the car insurance policy in his mother’s name on which I am also named as an additional driver so that he could also learn to drive her car. 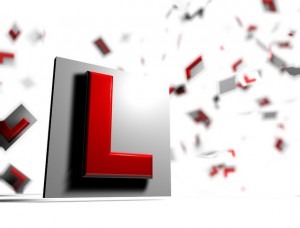 Unfortunately, the matter was not as simple as we had first thought. We had expected that the major issue was going to be by how much the premium would increase to as we were expecting a significant rise in premium from the £34 plus per month we have been paying.

In fact, when I spoke to the existing insurance broker, and provided my son’s details, whom I might add has an unblemished driving history, I was told that the present insurance company would not consider adding him to the policy. However there were about 30 other insurance companies that the broker used and they made enquiries of them.

Rather surprisingly, not one would add my son to the policy. The main reason given for this was that many insurers would not insure someone that had had a provisional driving license for over 5 years. Presumably, an insurer is concerned that if someone has not yet passed their driving test having had such a license for so long that they are more likely to have an accident as they may have failed their test.

Anyway, I spoke with another broker and they found three insurance companies on their panel that would add my son to the policy so we transferred the fully comprehensive car insurance to the new provider which has proved a painless process with the premium increasing to £58 + per month – a reasonable increase.