Research Reveals Not Many Motorists Taking Up Telematics Cover

Telematics car insurance, also referred to as black box cover, is provided by a number of companies. However, based on research carried out by uSwitch.com that is a price comparison website as well as providing a switching service, there do not appear to be many people that are taking out this form of cover. 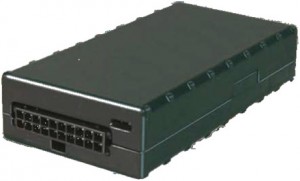 Telematics car insurance does not seem to be being taken up by that many drivers in the UK.

Back in March 2015, an online survey was conducted by their Consumer Opinion Panel of 1,146 adults living in Great Britain. This found that only 3% of drivers in the UK had black box car insurance. Furthermore, the survey revealed that 25% of these adults did not even know what this type of cover was.

It was also found that 26% of motorists would not consider having this sort of insurance. The major reason why this was the case was that 62% of people did not want their insurance company to spy on them.

Those taking part in the survey were also asked what sort of saving they would need to make as a minimum before considering switching to telematics car insurance and it ranged from 9% saying they would consider doing so no matter what the saving was to 9.3% saying that they would not consider such cover no matter how much they could save, On average, across all those surveyed, it would take a saving of £98 per annum to persuade people to take out this type of insurance.

Therefore, based upon the findings in this survey, it would appear that more needs to be done to make people aware of the existence of telematics car insurance and the potential benefits as it may be able to save motorists a reasonable sum of money by potentially reducing their premiums.

This sort of insurance may appeal, in particular, to the younger motorist as they tend to pay high premiums. It monitors things like the way in which you drive the vehicle and when and where you drive it and bases the premium on these and many other factors.

Why don’t you get a telematics car insurance quote to see if you can save any money on your existing policy?