Can A Named Driver Drive Another Car?

The above question is one that often crops up and it is important that motorists know what they are covered for and not covered for when it comes to car insurance. After all, you do not wish to find yourself breaking the law and finding that you are not insured to drive a vehicle. 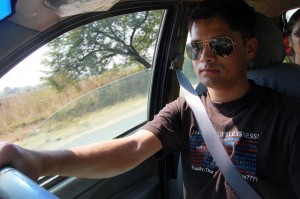 A named driver is only insured under that specific car insurance policy to drive the car mentioned in the policy.

If you are named as an additional driver on another person’s car insurance policy such as your partner then you would be covered to drive the car that the policy is insuring for the same level of cover as the main driver for that particular vehicle. So, if it is a fully comprehensive policy, you would be covered against damage to other cars, property and people as well as for damage to the car you are driving.

However, under that policy, you would not be covered for driving another car – it is only the main driver that would usually be insured to drive another person’s car but they would only be covered on a third party basis when driving that other person’s car. A lot of people assume that the named driver given in the above example can also drive other peoples’ cars and be insured under the above policy– this is not the case. In order to do so, they would have to be a named driver on the policy of the car that they want to drive or have their own fully comprehensive car insurance policy.

In fact, there is nothing to stop someone being insured as the main driver on their own policy and also being named as an additional driver on more than one other policy.

We do hope that the above has cleared up any confusion that some people may have had in respect of the limitations that a named driver has in respect of driving when only insured under someone else’s car insurance policy.