Insurance fraud costs the honest motorist dearly. It is estimated that it adds in the region of £50 a year to our car insurance premiums. 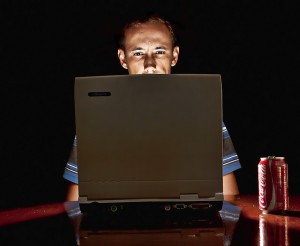 Well, a new scheme designed to prevent motorists from taking out car insurance without declaring their driving conviction history has been launched. It is called MyLicense and has been set up in a venture between the Driver and Vehicle Licensing Agency (DVLA) and the Motor Insurers’ Bureau (MIB). The Association of British Insurers (ABI) is also involved.

Until now, car insurance providers have had to rely on motorists providing accurate information about whether they have or have not got any points on their license for motoring offences such as speeding when getting quotes. Now, insurers will be able to automatically access such data and provide accurate quotes.

In the past, some motorists have probably been reluctant to admit that they have points on their driving license because their premium could be higher. What they seem to have failed to realise is that, should they come to make a claim on the policy, it may be declined when the insurer discovers that they had a motoring conviction that should have been declared.

There are in the region of 35 million motorists in the UK and it is estimated that about 6 million of them do not tell the insurance company that they have any points on their driving license when arranging cover. Last year alone, it is estimated that about 180.675 motorists either provided false details or withheld information when applying for car insurance. These statistics are very high and most concerning.

Let us hope that this new scheme is effective as anything that can be done to put a stop to dishonest applicants has got to be welcomed. Who knows, in time, we may see cheaper car insurance premiums as a result of MyLicense.