Changes On The Way Between Car Insurers and Price Comparison Websites

There are a huge number of drivers that arrange their car insurance having previously accessed price comparison websites to get one or more quotes. In fact, it is estimated that in excess of 50% of all new business for car insurance is routed through such websites. 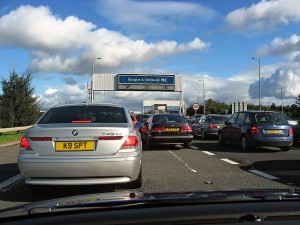 You will be interested to read that the Competition and Markets Authority (CMA) has announced that car insurance companies and price comparison websites will no longer be able to agree exclusive premium arrangements between themselves from a date yet to be agreed. These are known as “price parity” arrangements.

Because of these exclusive deals, it has meant that insurers have not been able to offer car insurance at a lower premium elsewhere and this has resulted in the CMA making the above decision. It is estimated that as many as 90% of all car insurance deals were priced based upon “price parity”.

Obviously, this has no doubt resulted in some motorists being financially disadvantaged and this is unfair. It is estimated by the AA that the decision could have the effect of reducing car insurance premiums by up to £20 per annum. Yes, this is a potentially modest saving but every little helps.

It has been estimated that new arrangements will be in place by early in 2015 and the decision has, apparently, been supported by the Association of British Insurers (ABI).

So, on the face of it, motorists would appear likely to benefit from such a move as requested by the CMA. However, as always, we would very much welcome your thoughts about the above decision.

We look forward to receiving your comments.