How Much Longer Will Third Party Car Insurance Be Available?

You will be aware that there are three levels of cover available for car insurance with third party being one of them. However, what you may not know is that there are some insurance companies that have stopped offering it. 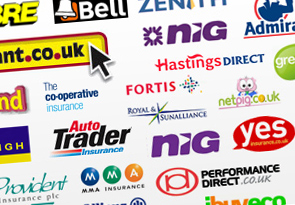 This is interesting because it is a minimum legal requirement that someone has third party cover so could it not be argued that those people preferring to arrange such cover are at a disadvantage when comparing the price? We say this because the perception of many people is that third party cover is the cheapest option available.

However, this may not always be the case. This is because many insurance companies believe that people taking out such cover tend to be younger drivers and they are at greater risk of having an accident than an experienced motorist. Such is the increased risk that it has encouraged a number of providers to stop offering such cover.

With regard to the price of third party cover in comparison to the two other levels, you may find that it is actually more expensive. If that were the case surely you would agree that there should be no cause for concern on the part of many motorists. After all, if they are able to arrange fully comprehensive car insurance for less than third party and benefit from a higher amount of cover such as having cover for damage to their own vehicle even if the accident were their fault that has got to be appealing.

Although some insurers have stopped offering third party car insurance there are still many that do provide it as an option so it may well be with us for many years to come. If an insurer were going to withdraw from that marketplace they would no doubt contact their policyholders that have such cover to inform them of their intentions to give them time to make alternative arrangements. That may, perhaps, work to their advantage.