You will be aware that you can receive points on your driving license for a variety of offences. For a number of reasons, it would be preferable if you were never to get any points. 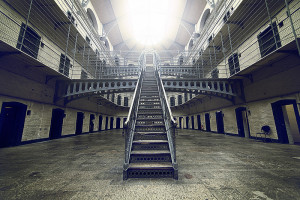 Surely you would not wish to end up in prison

You could have been caught speeding and the number of points that you may receive could depend upon how much above the speed limit you were travelling. You could have parked in a place that you should not have done causing a danger to others. You could be driving around in a car that has got one or more tyres that are below the legal limit. You may have gone through a set of traffic lights when they were on red and been identified by cameras. All of these things could mean that you get several penalty points on your driving license.

Unfortunately, if you did commit a driving offence, you could be faced with some financial issues. For instance, you may receive a substantial fine and your car insurance premiums may increase for many years to come. If you needed your car to get to work it could mean that you lost your job if you were banned from driving.

So, as you can see, it would be better to stay within the law.

Unfortunately, it is believed that there are a number of instances, perhaps when someone has been caught speeding and the number of points would mean that they would be banned from driving, that they ask someone else such as a family member to take the blame on their behalf and ask that person to have the penalty points placed against them. This is not a sensible course of action because both parties could be sentenced to a period in prison for perverting the course of justice. Surely, it is not worth taking such a risk as this will just make the whole situation even worse.