The Potential Impact Of Drinking Excessively And Then Driving

If you have a few drinks at the pub, attempt to drive your car home, are pulled over by the police, breathalysed and are found to be over the limit are you aware of what the potential repercussions could be? Many people are not, so let us have a look at some of them in a little more detail. 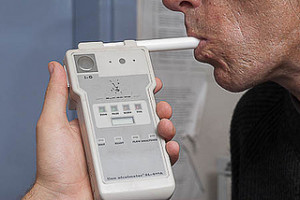 Firstly, it is worth mentioning that you are putting not only your own life at risk but also that of your passengers, other road users and other members of the public. How would you feel about causing serious injury or death to others because you had had more to drink than you should have done? Some would argue that if you have had only one drink and are within the legal limit you could still be more likely to have an accident than if you had not had that drink.

The financial consequences could be quite severe as well. For instance, if convicted of drink driving, your car insurance premiums could increase significantly to a point that you may not be able to afford the increased premium. This is likely to be the case for many years to come. Some insurance companies may not insure you.

You could also face a fine of up to £5,000 – no small sum! You could have anything between 3 to 11 points added to your driving license and a 12-month ban and, in some cases, face a prison sentence.

If you were to be banned from driving and your job meant that you needed a company car as you were, for instance, a salesman then you may be faced with the prospect of losing your job and the income that goes with it. How would you then pay your household bills if your income depended upon doing so?

Hopefully, the above has given food for thought to those that do drink excessively.