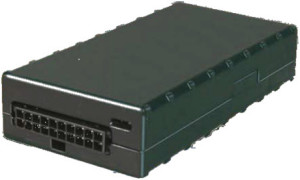 Obviously, any way that the young and inexperienced motorist can reduce their car insurance premiums has got to be welcomed such as by having anti-theft devices fitted to the car, parking the vehicle in a garage overnight and agreeing to pay a higher excess but what else can such drivers consider doing in order to reduce the premiums even further?

All these factors help the insurer assess the risk to them of a claim being made and they are better able to provide a more personalised car insurance premium that reflects the driver’s ability at the wheel. This is opposed to merely looking at a more general pricing structure based upon such things as the driver’s age and driving history including claims experience.

The benefit to the young or inexperienced motorist is that their car insurance premium is more likely to be less with Black Box insurance than with a conventional type of policy. The premium may be reviewed on a regular basis such as 3 or 6 monthly based upon the driving data provided through the black box that is often attached under the dashboard in a car.

So, if this is something that you feel may be of interest to you then you could make some more enquiries in this respect. Who knows, you may be able to get cheaper car insurance.