Who Really Is The Main Driver?

Apparently, there are a lot of parents of student children that have arranged car insurance with either the mother or father being stated on the policy as the main driver and the young adult as a named driver yet it is the youngster that is the one that does the majority of the driving. Unfortunately, perhaps unknowingly in many instances, this is not an acceptable arrangement as far as the insurance company is concerned. 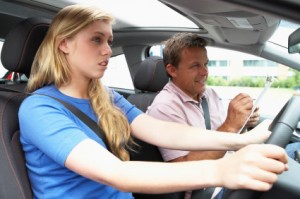 What we have described above is what is known as “fronting” and many of you may not have been aware but it is against the law. If the youngster were to have an accident and the insurance company became aware of the above having taken place there could be problems for both the parent and their son or daughter.

But, why do families do this? Well, quite simply to save money because the car insurance premiums for in-experienced drivers up to age 25 is very high with premiums often exceeding the amount that the driver pays in car loan repayments each month.

So, what are the repercussions?

If the young driver were classed as being uninsured they could be banned from driving, get points on their license and face a hefty fine. When they do require car insurance in the future the premium could be even higher. For instance, the fixed penalty fine could be£300 and 6 penalty points could be noted on the driving license. If the case ended up in court the fine could rise to £5,000 and lead to disqualification from driving.

The above may have come as a surprise to many of you and you really need to sort things out if you are in this situation. It is not worth the risk.