Can You Drive Someone Else’s Car If You Have Fully Comprehensive Car Insurance?

This is an interesting question as there are no doubt many people here in the UK that, for whatever reason, will want to drive someone else’s car so let us have a look at the situation in a little more detail. 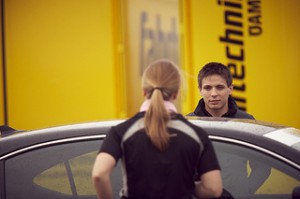 How often has your son asked you to drive them home in their car?

It could be that your son or daughter has driven to a party but, having had too much to drink, rings you to ask that you pick not only them up but also their car. No doubt you and your wife will drive to where your offspring is and one of you will drive your offspring’s car back and the other may well drive their son or daughter back home. It should be noted that only the policyholder of the fully comprehensive car insurance policy is allowed to drive someone else’s car subject to whatever other policy conditions are stipulated. So, if your spouse were named as an additional driver on your policy, they would not be able to drive someone else’s car other than yours unless they were included on the other person’s policy.

Generally speaking, other clauses found in car insurance policies in respect of the above could be that in order for you to be able to drive someone else’s car you would require their permission, you would need to be over the age of 25 and there are people with certain occupations that are not allowed to drive someone else’s car. You may be excluded from driving other cars if the car that you were considering driving was of a particular make and model or you have specific driving convictions.

It should also be borne in mind that if you were driving someone else’s vehicle and were involved in an accident whilst doing so, you would only be covered for third party injury or damage to other property and vehicles so the car you are driving would not be covered for any accidental damage to it nor would it be covered if it were stolen or for fire and nor would you personally be covered.

Hopefully, the above has been of some assistance to you.