Many Motorists Feel Speed Cameras Are A Money Making Machine

Everybody has a view about speed cameras. Some feel that they serve a very good purpose by policing the speed that motorists drive through our cities, towns and villages and, ultimately, save lives. Some believe that they have merely been installed with a view to generating an income and can cause accidents as a result of motorists suddenly putting their brakes on as they approach a camera. 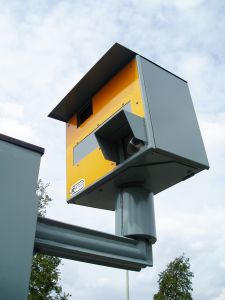 As far as car insurance premiums are concerned, if you are caught speeding, you can potentially, find that your premiums increase significantly if you do not opt to attend a speed awareness course.

It is interesting that the price comparison website, Gocompare.com has undertaken a survey revealing that a staggering 70% of drivers in the UK (19 million) believe that speed cameras sole purpose is to make money and do not stop accidents happening.

On that later point, it is interesting to note that the West Midlands Police Force are to dispense with 304 fixed speed cameras as they are too expensive to upgrade.
Interestingly, motorists that were in the south east and east of England felt less favourable about speed cameras with 49% feeling that speed cameras should be dispensed with.

It is believed that speed cameras raise about £100 million in fines per annum which is a sizeable sum.