It is estimated that whiplash claims add about £90 to your car insurance premiums each year. New plans announced by Chris Grayling, Justice Secretary, are intended to reduce the cost of such claims.

Interestingly, whilst the number of claims for whiplash injuries has gone up by a staggering 60% in the last 6 years, the number of car accidents has reduced by 20% over the same period. 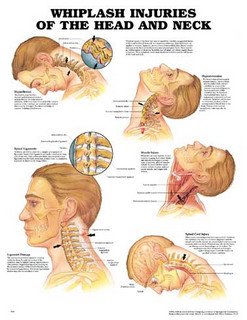 Whiplash injury claims are to be tightened up

Whiplash injuries occur when a vehicle stops rapidly leading to your body catapulting forward causing stiffness in the back of your head and neck and causing headaches.

A proposal put forward is to utilise the expertise of independent experts to control and reduce the number of fraudulent whiplash claims that has developed into a profitable industry for a number of unscrupulous members of the public.

At the moment claims of up to £1.000 can be dealt with in the small claims court but the new proposal is to allow the small claims courts to deal with cases up to a value of £5,000. In doing so, it is felt by the Government that this will reduce the large legal costs for car insurance companies who have had to process cases above £1,000 through the County Courts. A further benefit is believed to be that this will encourage insurance companies to pursue the matter through the courts rather than just settle the whiplash claim out of court.

The suggestion that whiplash claims are only considered by a court if there has been a minimum collision speed has been discounted by the Government.

A firm of specialist whiplash solicitors has claimed that the amounts paid out tend to be for between £750 to almost £14,000 but legal fees can be considerably more.

Chris Grayling stated: “For too long honest drivers have been bearing the price of a system that has been open to abuse and it is time for that to change.”

James Walton, who is the Head of Motor and Liability at the Association of British Insurers welcomed the plans saying: “We are pleased that the Government recognises that tough action is needed to protect honest motorists from the UK’s whiplash epidemic. For too long, whiplash has been seen as the fraud of choice.”

The proposals were not supported by the Association of Personal Injury Lawyers who felt that they would “cripple access to justice for vulnerable people.”