The Association of British Insurers (ABI) has put forward potential reforms about the way young drivers learn to drive. The measures include things like reducing the limit of alcohol, restrictions for night driving and a young driver would need to remain a learner driver for twelve months. 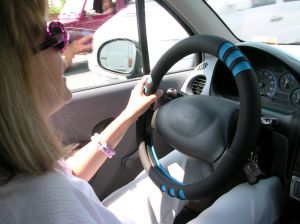 These proposed limitations are intended to reduce the risk of accidents young drivers are faced with and, young motorists would be pleased to hear, reduce their car insurance premiums.

The ABI’s “Improving the Safety of Young Drivers” revealed that one in eight driver’s who hold licenses are below 26 years of age but a staggering one in three people below that age are killed as a result of a car accident. A person 18 years of age is over three times more likely than a 48-year-old is to get caught up in a car accident.

The ABI’s research revealed that 27% of motor insurance claims that also included personal injury, cost in excess of £0.5 million due to an accident that involved a driver in the age range of 17 to 24. Interestingly, it is more likely that young drivers will be involved in motoring accidents in the 3 to 5 high value for injury claims. This is a reflection of the greater risk of them having an accident whilst carrying passengers.

The Road Safety Minister, Stephen Hammon, has said that the Government will consider these proposals.

We will keep you informed of further developments.