If you live in Scotland, in particular, you ought to be aware that you are going to be in a great deal of trouble if you are stopped by the police because you have not taken out any car insurance. 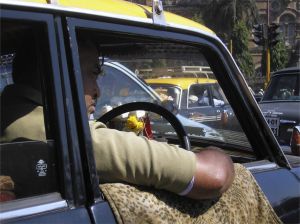 This is due to the fact that Strathclyde Police has started a new campaign aimed at uninsured motorists and those drivers who do not have a driving license. Operation Revoke includes the deployment of police officers at certain locations in the locality with offenders that are caught likely to be faced with heavy fines and, potentially, their cars being crushed.

Between January and September of 2012 the police caught 4,069 drivers who were not insured of which the police seized 3,206 vehicles.  The police disposed of 634 of those cars-either by crushing them or selling them at auction. There has been a reduction, when compared with last year’s figures, from 7,500 uninsured drivers and 3,753 cars being seized in the locality.

Automatic Number Plate Recognition (ANPR) technology will be utilised by Strathclyde police to help in the campaign. In addition, the Motor Insurers’ Bureau (MIB), that issues compensation payments to victims of uninsured and untraced accidents will be providing police officers with expert training about the less straightforward areas of insurance law. A similar exercise was undertaken earlier in 2012 on the south and east sides of Glasgow when 51 motorists were caught as they were driving illegally.

It is not just in Scotland where the focus is on such drivers, with all the other police forces keen to make inroads into the number of uninsured vehicles on UK roads that are estimated currently to total in the region of 1.2 million.

It is a legal requirement that unless your vehicle has been declared SORN (Statutory of Road Notification) and is kept off the public road network that, at very least, it must be insured for third party insurance.