Great news – the AA have undertaken a survey the results of which show that car insurance premiums have reduced in the third quarter of 2012.

This is welcome news following the increases we have seen in recent years although premiums have been flat during the first six months of this year.

The cheapest car insurance premium fell to £870 per annum – a drop of 2.9% for fully 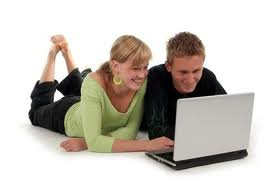 Interestingly, the lowest car insurance premium dropped to an average of £612 – a reduction of 1% for fully comprehensive car insurance when purchased through a price comparison website.

Another interesting statistic is that car insurance policies that were bought direct are 6% dearer than twelve months previously whereas they have become marginally less expensive through price comparison websites.

Simon Douglas from AA Insurance made the comment that even though claims costs had increased there was increased pressure on premiums due to the competition.

He stated: “Competition is tough in the insurance market, forcing many companies to reduce premiums despite the fact that costs show little sign of abating.”

However, there will no doubt be some re-adjustment upwards in car insurance premiums for some lady drivers-particularly younger females as a result of the European Court of Justice ruling in March 2011 when they decreed that insurance companies would no longer be able to take gender into account when assessing insurance premiums such as life insurance and car insurance.

Women have been deemed to be less of a risk by car insurers and therefore their premiums have been lower when compared with a male with the same policy details.

From 21 December 2012 the new law comes into effect and younger female drivers could well see their premiums increase by around 25%-no small increase.

Perhaps that makes it more important to shop around for your car insurance.