Car Insurance For The Elderly

Age can affect motorists in a number of ways.

For instance, at age 70 a motorist has to renew his or her driving license with the DVLA but is restricted to a period of 3 years when it must be renewed again. The driver is legally obliged to declare any medical conditions that are felt to be relevant. 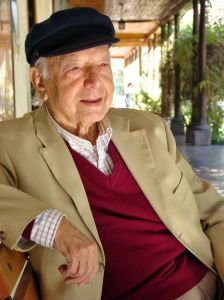 A spokesperson for the DVLA commented: “The increased frequency of renewals enables older drivers to consider more carefully there on going fitness to drive. We receive 70,000 notifications of a medical condition from older drivers each year on renewal.”

Breakdown cover is not affected by the age of the driver but you will find that it may affect car insurance with some car insurance providers.

A spokesperson on behalf of the AA did say that they do not issue any policies that are specific to the person’s age but some of the insurers on the AA’s panel may do so.

He stated: “We won’t take a customer on cover off as they get older unless there are very good reasons for doing so, such as a catastrophic accident that can be put down to an issue such as poor eyesight or other medical problem.”

Saga, the provider of products to those over 50, said that their car insurance cover does not have an upper age limit. Saga have around 6,000 policies that have the main driver as being 91 years of age or over and they even have around a dozen people who are more than 100 years of age.

Drivers who have reached the latter stages of life in their 70’s and 80’s are definitely more likely to be involved in a car accident with the most popular accidents being reversing into an object and whilst going through the process of manoeuvring the car.

During the latter stages of life car insurance premiums tend to increase as you get older and you will find fewer insurers prepared to cover you.